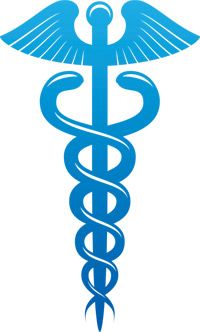 I don’t think I’ll ever forget the acne I had during my teen years. It was a constant source of embarrassment, and some of those blackheads could really hurt. Nothing I tried seemed to help until I was put on antibiotics in my early twenties. I wish I’d known of that ten years all cleared up in less than a week.

That isn’t always the solution to the problem, and it should definitely be decided by a doctor rather than an herbalist. I can, however, give you some information about common thoughts on the topic and whether or not they’re true.

Contact: Acne is not catching, so kissing is not the cause of your latest outbreak. Some have raised the question as to how this one started, and the general consensus was that it was a parent.

Food: Unless you smear it on your face, what you eat doesn’t equate to more pimples. Chocolate is not the cause. If you do notice a correlation between some foods and a reaction, tell your doctor as it may not be acne. Food allergies can cause an acne like rash.

Garlic: It will sting like crazy, but the mild antibiotic properties of raw garlic could be useful. Cut a clove in half and hold the cut side to the pimple for five to ten minutes.

Hormones: This is usually the main cause of outbreaks. During adolescence, hormone levels fluctuate drastically and create the misery that is acne.

Poor Hygiene: The number of lectures I got from all sources claiming I didn’t keep my face clean enough may have been a contributing factor to the continuance of the problem. That’s not because they were right and I wasn’t washing my face often enough. It’s because I believed them and washed it too much.

Read the instructions on the products you purchase for this problem and don’t use them more often than recommended. These products don’t just strip the oil from your skin, they can cause tiny injuries to the pores if they are used too often.

Toothpaste: I had never heard of this method as a kid, or I’d have had a toothpaste mask on my face most of the time. Even if it does seem to reduce a specific pimple, it’s not a good idea. It wasn’t designed for your face and could cause more problems than it solves.

Serious acne or cases that last into your twenties should be seen by a doctor and/or a dermatologist. There are other things that can look like acne, including psoriasis. You may need stronger medicine than can be purchased over the counter, or like me, you may need an antibiotic.