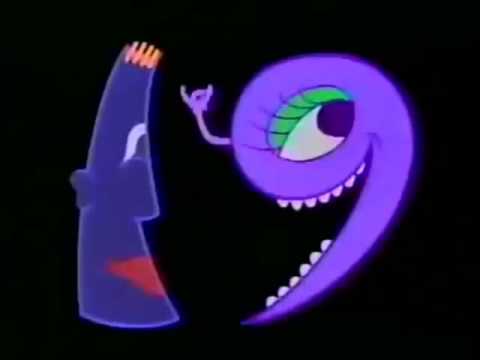 Although eating disorders have been around for as long as there have been humans, the extensive research on them has existed for only about thirty years. It is known that there is a distinct and definitive correlation between a diagnosis of depression in the early to late teen years and the development of eating disorders. The three eating disorders that are most commonly studied and/or diagnosed are anorexia nervosa, bulimia and binge eating.
The debate over whether or not obesity should be considered an eating disorder continues; while it is now considered a disease in and of itself, obesity may also become classified as an eating disorder and treated as both a psychological disorder in addition to being a physical problem. For now, it is a medical disorder, as well as a risk factor for a number of serious conditions, but not an eating disorder.
Anorexia Nervosa
Anorexia is diagnosed when a person (predominantly females) refuses to allow her body to be over 85% of the weight that is normal for her height. Psychologically, the person who is diagnosed with anorexia is obsessed with weight and body image and rigidly monitors everything that goes into his or her mouth at every moment, even counting out the calories in the toothpaste that they might use that day. The DSM-IV-TR, the diagnostic tool for the mental health field, has these criteria for diagnosing anorexia nervosa:
– Unable or unwilling to keep body weight at or above 85% of the normal level
– Intense fear of gaining weight or, more importantly, of becoming fat when they are obviously and dangerously underweight
– Obsession with weight and body image to the point of detriment to the self esteem
– The absence of three menstrual cycles in a row
Some anorexics will spend hours exercising, even when they are exhausted and their muscles are hurting. They may not be sleeping correctly and many of them will have heart problems as a result of their extreme weight loss.
Warning Signs:
– Preoccupation with food, eating or dieting
– Compulsive or excessive exercising
– Negative self esteem
– Withdrawal from friends and family, especially if the social event will involve food
– A complete loss of menstruation
– Intolerance to cold temperatures
Bulimia
The bulimic will eat, either a small amount or a large amount, and then compensate for the calories that they have consumed by either exercising too much, taking laxatives or making themselves vomit. The typical cycle is binge and purge, where the bulimic will eat huge amounts of food, often more than a full day’s worth of calories at a single sitting, and then will vomit immediately. If vomiting becomes problematic, laxatives might be used.
Diagnostic Criteria
– Consumption of large amounts of food, or a total lack of control during the eating cycle
– Recurrent behavior of trying to compensate for the eating/overeating.
– Binge eating and compensatory behaviors at least twice a week for at least a three month period
– Self evaluation that is overly influenced by weight and body shape
– Bulimic behavior that does not occur only during episodes of anorexia
(DSM-IV-TR)
Like anorexia, the presence of depression tends to increase the likelihood of developing an eating disorder. The group that is most affected by this eating disorder is adolescent Caucasian females who are also more likely to abuse diet pills and laxatives.
Binge Eating
Binging is different from the other two eating disorders in that there is no effort to lose weight, no obsessive compulsion to exercise and no supreme need to exercise after eating. The binge can be compulsive snacking that happens mindlessly all day long or can be a huge meal that encompasses a full day’s worth of calories in a single sitting. If this happens continually, the metabolism will slow and eventually stop working altogether, leading to weight gain. Because stress is a major factor for binge eating, the weight gain alone is enough to trigger another binge episode, leading to a vicious cycle of stress, binging, stress, binging, etc.
Other risk factors for binge eating include:
– Stressful situations
– Specific upsetting thoughts
– Feeling guilty about something one has done
– Feeling socially excluded or isolated
– Worries about problems, the future or responsibilities
– Boredom
Recovery Possibilities
After five to ten years, half of those who were treated for bulimia had recovered, 30% had relapsed at least once and 20% were still diagnostically considered bulimic. Those who had double diagnoses, specifically substance abuse and bulimia, were the least likely to have full and meaningful recoveries.
Three Eating Disorders, Three Women
Elaine was diagnosed with anorexia nervosa at the age of 20 and has been in counseling for about a year. She has slowly regained some of her weight, but has relapsed several …