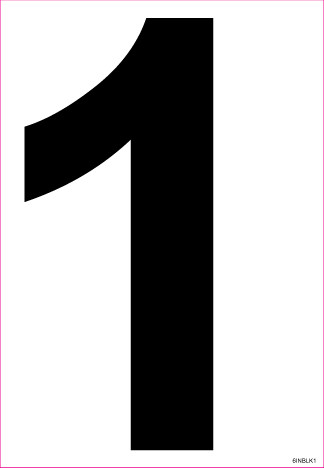 It is always important to eat a healthy diet, but for those who have such medical conditions as diabetes, it is even more important. There are certain foods that are not good for diabetics and certain foods that they should be getting more of in their diets. Obviously, it is important to make sure that the foods that diabetics eat are not high in sugar and fat, and it also helps to eat foods that will help diabetics maintain a healthy weight.
What Is Diabetes?
Diabetes is a disease that causes the body to either not produce enough insulin, which is necessary for breaking down the foods we eat, or not using the insulin it does produce properly. If you have been diagnosed as having diabetes, it is more important than ever to make sure that you are eating right. There are three types of diabetes: Type 1 diabetes, or juvenile diabetes; Type 2 diabetes; and gestational diabetes. When a person has diabetes, it means that they have extremely high sugar counts in their blood and this must be controlled. Depending on which type of diabetes you have, controlling your sugars could be as easy as making some dietary changes-or you may need to take insulin to keep your sugars regulated.
Type 1 Diabetes – People who have Type 1 diabetes do not have enough insulin coming from the pancreas and must rely on insulin shots to make sure that they have enough. At one time, this involved taking needles, sometimes several times daily. Today, there is a device called an insulin pump, which is attached to the stomach and will supply insulin to the body as it needs it. Often, Type 1 diabetes is caused by an autoimmune disorder, and the person with this type of diabetes has an immune system that actually destroys the pancreas cells, making the organ unable to produce enough insulin.
Type 2 Diabetes – When the body does not properly use the insulin created by the pancreas, it is known as Type 2 diabetes. Often, this is a condition that is caused, or at least worsened, by being overweight. It is thought that excess body weight will inhibit the body’s ability to absorb and use insulin, and one way to alleviate this is by losing weight. This can be done by eating a healthy weight loss diet that is meant for diabetics. Type 2 diabetes is the most common form of the disease, affecting between 90 and 95% of all diabetics.
Gestational Diabetes – This is the only type of diabetes that is a temporary one. It usually occurs when a woman is in the latter half of her pregnancy. It is always important to eat healthy when pregnant, but when gestational diabetes comes into play, it is even more important. When a woman has gestational diabetes, her pancreas is not able to produce enough insulin, and she will have to make some dietary changes, as well as monitor her blood sugar levels regularly. Fortunately, this form of diabetes usually goes away once the baby is born, and it is rare that it will cause the baby to be born with diabetes. It is important for women who are pregnant to be tested for gestational diabetes, so they can start making the dietary changes necessary to control the condition and have a healthy pregnancy and a healthy baby.
What Are the Symptoms of Diabetes?
There are many different symptoms of diabetes and although many people experience many of the same symptoms, others may not, depending on the type of diabetes they have. Some of the most common symptoms associated with Type 1 diabetes include:
– Extreme thirst and hunger
– Frequent urination
– Loss of weight
– Blurred vision
– Extreme fatigue
The symptoms of Type 2 diabetes are often very similar to those of Type 1 diabetes, but they are not usually as severe and they come on more gradually. Weight is a huge factor and about 80% of people with Type 2 diabetes are overweight.
Risk Factors for Developing Diabetes
There are a number of risk factors for diabetes and if you find that you have some of these risk factors, you should have your physician test you for diabetes. The risk factors for diabetes include:
– If you have a family history of diabetes, you may be at risk of developing the disease yourself.
– Being overweight can greatly increase your risk of developing diabetes and the more overweight you are, the greater the risk.
– Certain ethnic groups are at a higher risk for developing diabetes, including Native Americans, African Americans, Hispanics, and Latinos.
Blood Sugar Levels
When a person has diabetes, it is essential that they monitor their blood sugar levels and take the appropriate steps to make sure that the levels are what they should be. Before eating, blood sugar levels should be between 90 and 130 and after eating, less than 180. If you have Type 1 diabetes, you will have to monitor your blood sugar levels several times a day. Your physician will be able to help you figure out just how often you should be doing this. In order to make sure that your blood sugar levels are regulated, you may have to take insulin (Type 1 diabetes), change your eating habits and get plenty of exercise.
A Healthy Diet Is Essential for Diabetics
There are certain things that must be included in a diabetic diet and foods that definitely need to be avoided. It is important for diabetics to know what to eat, how much to eat, and when they should eat. When a person is first diagnosed as being diabetic, the dietary changes may seem colossal, but they are not really that bad, especially if the person is already somewhat used to eating healthy. It is also important to get enough exercise, which will also help in weight loss and overall good health.

To a lot of people, going on a diet or simply consuming a healthy nutrition signifies a world of dry toast and water. However, healthy nutrition is not comprised of such unsatisfying foods. These days, […] […]

Enjoy Rapid and Healthy Weight Loss With the Mediterranean Diet!

The Mediterranean approach to eating is widely accepted as one of the healthiest diets in the world. In this case, the word “diet” refers to a particular cuisine, but experts have found that this same […]

Diabetes or diabetes mellitus is a disease tormenting many these days. The advent of modern technology and craze for high profile life style is the root of several serious ailments including diabetes. The patient suffering […]